Everyone’s heard about that the ozone layer within our middle atmosphere protects the earth from unsafe ultra-violet rays.

Ozone is created in electrical storms by bolts of lightning – that’s why it smells so fresh during and after a heavy storm. It’s also used in the cleaning and restoration industry. But what exactly is ozone?

Ozone, also known as “heavy oxygen” or “activated oxygen,” is simply a molecule of oxygen consisting of three oxygen atoms (O3) instead of two (O2). 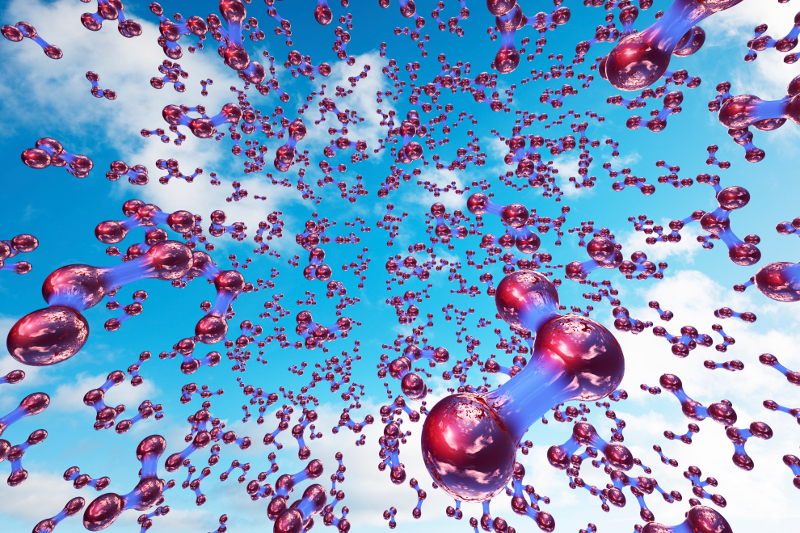 However, this bond, although strong, is not unbreakable. When an O2 molecule comes into direct contact with a certain wavelength of ultraviolet (UV) light or an arc of high voltage electricity, its bond is “severed,” rendering the two atoms separate, each of which can be referred to as O1.

Single atoms of oxygen want to attach to receptive molecules with which they come into contact.

When an atom of oxygen bonds with another molecule, the process is called “oxidation.”

Oxidation simply refers to the process of an atom of oxygen attaching itself to a receptive molecule, which changes its structure. Oxidation essentially turns something into something else; oftentimes the change is dramatic.

Hydrogen peroxide is a good example for this article, as we are all familiar with its ability to sanitize and disinfect. Its  properties are so powerful, in fact, the hydrogen peroxide in bottles at the local pharmacy and grocery store has been diluted to three percent.

Even at three percent dilution, H202 is extraordinarily effective at killing bacteria, fungi, viruses and a wide spectrum of germs. By way of comparison, 90 percent hydrogen peroxide can be used as rocket fuel.

Ozone, on the other hand, is not combustible at any concentration, yet its sanitizing capabilities are unequaled. It oxidizes molecules, kills bacteria, fungi, viruses and germs, and changes the structure of odour molecules, so they quite literally no longer exist.

In short, when it comes to deodorizing, ozone removes the odor completely by removing (molecularly altering) its source — permanently.

One of the best aspects of ozone is it removes odors with no manual labor like scrubbing and wiping. It performs its sanitizing and odour removing while you’re off doing something else, and when finished, ozone automatically turns itself back into pure oxygen, leaving no residue.

For More information about rental of an Ozone Generator in Ottawa, Please Call us Directly at 613-276-8667 or fill in the Contact Form Here.

Cigarette Smoke Odour Removal, It CAN Be Done Successfully!